Before the hand waving starts, let’s settle on the definition, for our purposes, of the word “bubba.” In the American South, it is an affectionate term for brother, especially the eldest male sibling. If you’re not from the South, it can mean anything you want. And this being a Southern version of a collins, set aside the seltzer and uncap the cola, son. 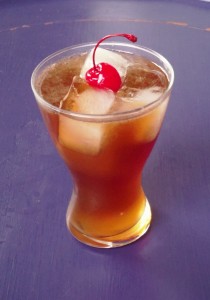 Stir the scotch, lemon juice and syrup in a mixing glass without ice. Pour into an ice-filled collins glass. Top with cola and stir. Float a stemmed maraschino cherry on top.