Among journalists of our acquaintance, none realized there was a cocktail named for their noble profession. Most, truth to be told, are older grizzled newsroom veterans who cross the street to a taproom for a shot and a beer chaser. The younger ones are guzzling mineral water – imported, of course. This cocktail was tucked away in the pages of American Bar: The Artistry of Mixing Drinks, by Charles Schumann. Except for the triple sec and bitters, this does resemble an original martini recipe. 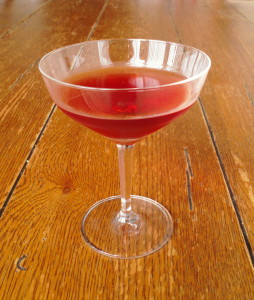 Add all the ingredients to an ice-filled mixing glass and stir until cold. Strain into a chilled cocktail glass.

Tomorrow: Scotch on the beach